Did you know that approximately 1 in 5 of the more than 1 million Americans infected with Human Immunodeficiency Virus (HIV) don’t know they’re carrying the virus?

Medicare covers HIV screening for people with Medicare of any age who ask for the test, pregnant women, and people at increased risk for the infection (such as gay and bisexual men, injection drug users, or people with multiple sexual partners).

HIV is the virus that can lead to Acquired Immunodeficiency Syndrome, or AIDS.Early testing and diagnosis play key roles in reducing the spread of the disease, extending life expectancy, and cutting costs of care. At least 1 in 3 people in the U.S. who test positive for HIV is tested too late to get the full advantage of treatment. Testing is also an important first step in getting HIV-infected people the medical care and support they need to improve their health and help them maintain safer behaviors. 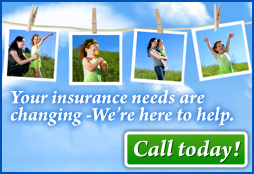